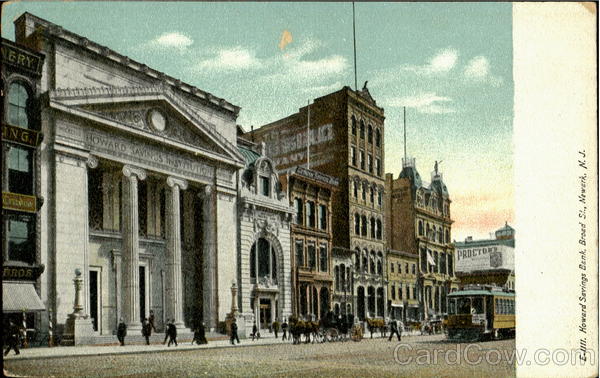 I’ve been to Martha’s Vineyard in February and I love it.  I love it any time but February is as different from summer on the Vineyard as you can possibly get.

There’s a  cold crispness in the air, the colors are more vivid, the Island is quiet and yet speaks volumes to those who take the time to look, listen and drink in the beauty and wonder that is the soul of Martha’s Vineyard.

February 1989…  a light dusting of snow made everything look like powdered sugar had fallen all over the Island.

February 1995…  no snow that trip but bitter cold.  Did not stop me from visiting the Gay Head cliffs in Aquinnah on the western most tip of the Vineyard… or hiking through the woods of Christiantown to visit the tiny chapel there.

My birthday is in February and sadly the only one I’ve ever spent on the Vineyard was in 1950 when my beloved godmother, Gertrude Norris passed away.  But I’m not anywhere near done having birthdays so who knows what the future will bring 🙂

My daughter Deb, our friend Dawn and I went to NYC last Saturday to see…tah dah… the funniest, most hysterical musical comedy I think I’ve ever seen… and despite the title… it was not rotten 🙂  Come along and join us on our matinee day in the city.

After getting coffee we headed to Times Square…

You can always count on seeing a lot of characters roaming Times Sq, for example take a look at the characters in the last picture, crazy looking bunch 🙂

You might even see a proposal taking place, although I wonder if the one we saw was a real one or staged since there was a camera crew there !  At any rate it picture worthy.

Next up was lunch.. Junior’s Restaurant & Bar was our choice and it was a good one… we all chose sandwiches which were huge and delicious, the side dishes of pickles and also beets were great…but the icing on the cake, or in this case the blueberries on the cheesecake was oh so good… one piece shared 3 ways was perfect.

and now the main event…  I present …’Something Rotten’..

Inside before the magic, and the laughter began…

And of course way too soon the laughter, the music, and the magic ended and it was out into the cold evening with memories of a fantastic, not rotten, matinee day in the city 🙂

February 2007, almost exactly 7 years ago was the last time I sailed on the Islander..

Even though not sleek or graceful, for 57 years the Islander brought her own special beauty to the waters surrounding the Vineyard. The Islander will continue to exist through paintings, photographs and in the memories of those who loved her. There was just “something” about her.

Recently I had a birthday – a big, scary one.   To ease the transition into a new decade I decided I’d like to spend part of the day doing something with my daughters Patty and Deb.  We rarely do anything together and so I wanted it to be something we’d all enjoy.

Last August Patty and I went to Pottery Pizazz to paint pottery and had so much fun that I decided it was what I wanted the three of us to do. (CLICK HERE)

Patty brought home made chocolate cupcakes (two had chocolate pudding in the middle…yummm) and a birthday balloon.

Took awhile but finally we chose what we wanted to paint and then set about our task.

The pottery painting was Patty’s present to me and this is the gift card she made.

Me and my girls.

(The above picture has been tweaked … ya think 🙂 )

I still have one more gift to collect so stay tuned in March to find out what it is and where Deb and I are going !!!

On the island of Martha’s Vineyard – in the town of Oak Bluffs– in the Methodist Campground – is Trinity Circle and Trinity Park.

Sharing Trinity Park for 133 years are the Tabernacle (erected in 1879) and Trinity Methodist Church (built in 1878).

Both have undergone major changes.

A look inside the Tabernacle and Trinity Methodist Church.

Looking at the Tabernacle from inside Trinity Methodist Church… I love this picture.

Trinity Park is a perfect place to enjoy some quiet time… to indulge in some contemplation, read, maybe snooze, enjoy a game of catch, or wander around with a camera.

According to the Martha’s Vineyard Camp Meeting Assn. website:

“The original layout of Wesleyan Grove was a simple formation of a circle enclosing the preaching area and the society or church tents.   In 1859 a road, now known as Trinity Circle, was built which encircled that area.   In 1864, the Association purchased the 26 acres it had been renting.   As the area continued to expand (additional grounds were purchased in 1866), it developed in a radial-concentric pattern which was little used in America at that time.   Paths radiating from Trinity Circle led to smaller circles where large groups of tents had been located – County Park (Wesleyan Grove), Forest Circle, Washington Park (Victorian Park), Cottage Park Avenue (Cottage Park), Crystal Park (Vincent Park), Washington Avenue (Butler Avenue), Rural Circle and Clinton Avenue, which, at one time, had been the main entrance to the Campground.   The smaller circles, some surrounded by larger circles, had small paths radiating from them leading to other circles or parks.   The method of the grounds layout was an additive one of discrete neighborhood units, each built around small various shaped parks.   Some street and park names (current names are in the brackets) have been changed for various reasons over the years”.

Here are some links: