My mother, Maude Louise Littlefield Freeman was born in Waterville, Maine on March 11, 1907. 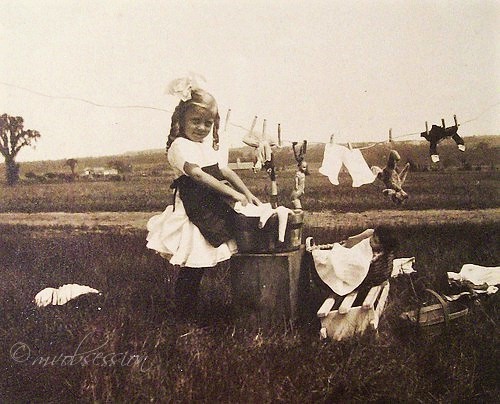 Raised on Martha’s Vineyard… that’s my mother and grandmother at their house on Circuit Ave in Oak Bluffs, 1924 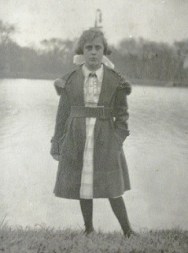 After graduating from Oak Bluffs High School in 1926 she moved to Newark, NJ where she met, and married a Jersey boy… Joseph Albert Freeman 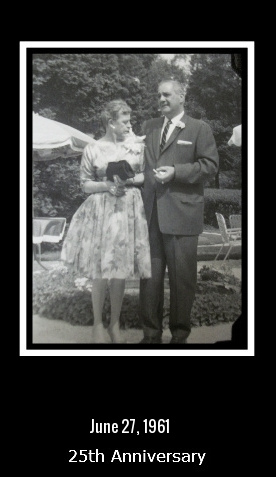 and had a Jersey girl (me)…

My mother, Maude Louise Littlefield Freeman was born in Waterville, Maine on March 11, 1907.

my mother and grandmother at their house on Circuit Ave in Oak Bluffs, 1924

After graduating from Oak Bluffs High School in 1926 she moved to Newark, NJ where she met, and married a Jersey boy… Joseph Albert Freeman

and had a Jersey girl (me)…

I have posted the above pictures etc several times here on my blog either on my mother’s birthday or on Mother’s Day so why am I doing it again this year ?   During the past several months my daughter Deb and I (90% Deb) have been digging into the ancestry of our family.  I posted back in October 2015 how my mother’s ancestors did indeed come on the first voyage of the Mayflower …. but since then Deb has discovered ancestors on mom’s side all over the place and going back many generations.  She’s also discovered facts about my grandparents on my dad’s side which has been amazing since we didn’t know anything about them at all.  But that’s a post for another time. Today it’s all about my mom, Maude Louise.

A friend asked me the other day to describe my mother…what was she like, what did she like to do.  I pondered this question and found it was sort of a hard one to answer.  To me my mother was funny and a little nutsy at times, a trait I’ve happily inherited by the way… she was kind and loving,  a hard worker, she adored my dad, and me. She liked to crochet, she made tablecloths and doilies,  and also made lace on handkerchiefs.  She made one for my best friend to carry on her wedding day… when I got married I carried it as my ‘something borrowed’.. as did my daughter Patty when she got married.

She had her problems as well though, she went through a period of over a year when I was around 11 when she wouldn’t leave the house… at all… ever.  She would wait for me to get home from school and then send me to the corner store for her cigarettes or milk or whatever.  We didn’t know what to do about this but then the solution presented itself one morning when my dad was home and he took advantage of it.   Mom was doing the wash in one of those machines that had wringers where you’d put the clothes through to get excess water off of them.  Somehow my mother’s arm went half way through the wringer…she screamed.. my dad went running to see what was wrong.  He quickly took the wringer apart and freed mom’s arm.  She claimed she was okay but my dad being a policeman who had worked in the emergency squad division thought otherwise.  And here’s where his genius solution to mom’s not wanting to leave the house came in.  He said he was taking her to the hospital, she started up the stairs to get dressed (she was in her robe) and he said no, there wasn’t time for that.  And then he took her to the worst, most crowded hospital in the city and left her there.  He left her because I was due home for lunch break and someone had to be there.  Of course when I got home I wondered why Mom wasn’t there and he said she’d gone shopping !  Shopping, really !  The woman hadn’t left the house in months and months and now she suddenly went downtown to go shopping.  I was skeptical.  When I came home from school later in the day there sat my mother all dressed up like she really had gone shopping.  I, of course asked if she’d bought me anything.. hey I was 11 and very self involved.

But what my dad did was just what was needed to snap her back to herself.  She had been so embarrassed sitting in the hospital in her night clothes with so many people around that I guess she vowed to take her life back and do something other than sitting and crocheting all the time.

And she did…. a week later she went to the personnel office in the bank she had worked for before I was born, applied for a job as a bookkeeper and was hired on the spot.

But there was a lot more to my mother than that episode above… the fact that she had the spirit in her to get herself back on track, I find myself calling on that spirit at times too.

She was a kook in her younger years and I’ve got the photo album that proves it.

The first page says ‘taken during the year 1926’.. most of the photos are of mom and her friends on Martha’s Vineyard…there are a few from NJ as well.   I love how she wrote in white ink on the black pages…and wow, what typical 1926 sayings she wrote.  My mother it seems was turning into a flapper… I love it.

For instance, the picture on the lower left says ‘The Oak Bluffs Sheik “oh daddy” “He’s a hound with the ladies.”  I’m 80% sure I know who that hound was but I’m not telling 🙂

It would have been fun to have known my mother when she was that age, to have hung out with her and her friends on the Vineyard, to be in on their inside jokes and what really went on in with the sheik of Oak Bluffs ! Okay, maybe not. Does one really want to know THAT much about their parents, some things are better left unknown 🙂

Yes indeed, my mother was one of my favorite people to spend time with.  Some nights when my dad was working the night shift my mom and I would have our favorite supper and speak our ‘silly language’, which was to put ‘S’ in front of every word… not as easy as you think and certainly made for gales of laughter from both of us.

I feel that maybe I shouldn’t have spent so much time on the above story about her bout with, depression, and I was tempted to go back and delete it…but no, it goes to show that she was a strong woman, who lost herself for awhile and then found and reinvented herself…and I’m proud of her for that and like to think that I got some of that fortitude or spunk from her… I definitely got my quirkiness from her and I thank her for that.