The 749 victims’ names from the State of New Jersey face one another on the interior elevations of the twin brushed stainless steel walls within easy reach. The walls channel visitors to the location in the Manhattan skyline where the former World Trade Center towers once stood.

80 years ago today on June 27, 1936 my parents Maude Louise Littlefield and Joseph Albert (Al) Freeman were married in Baltimore, MD.  They sort of eloped although apparently everyone knew.  Sadly there are no wedding pictures although in my minds eye I have created one.

And here, for your enjoyment (I hope) the story of my mother’s engagement ring.

This is the beach in Oak Bluffs, this is where we always went when I was growing up. I remember one time in particular when I was there with my parents when I was about three or four years old. 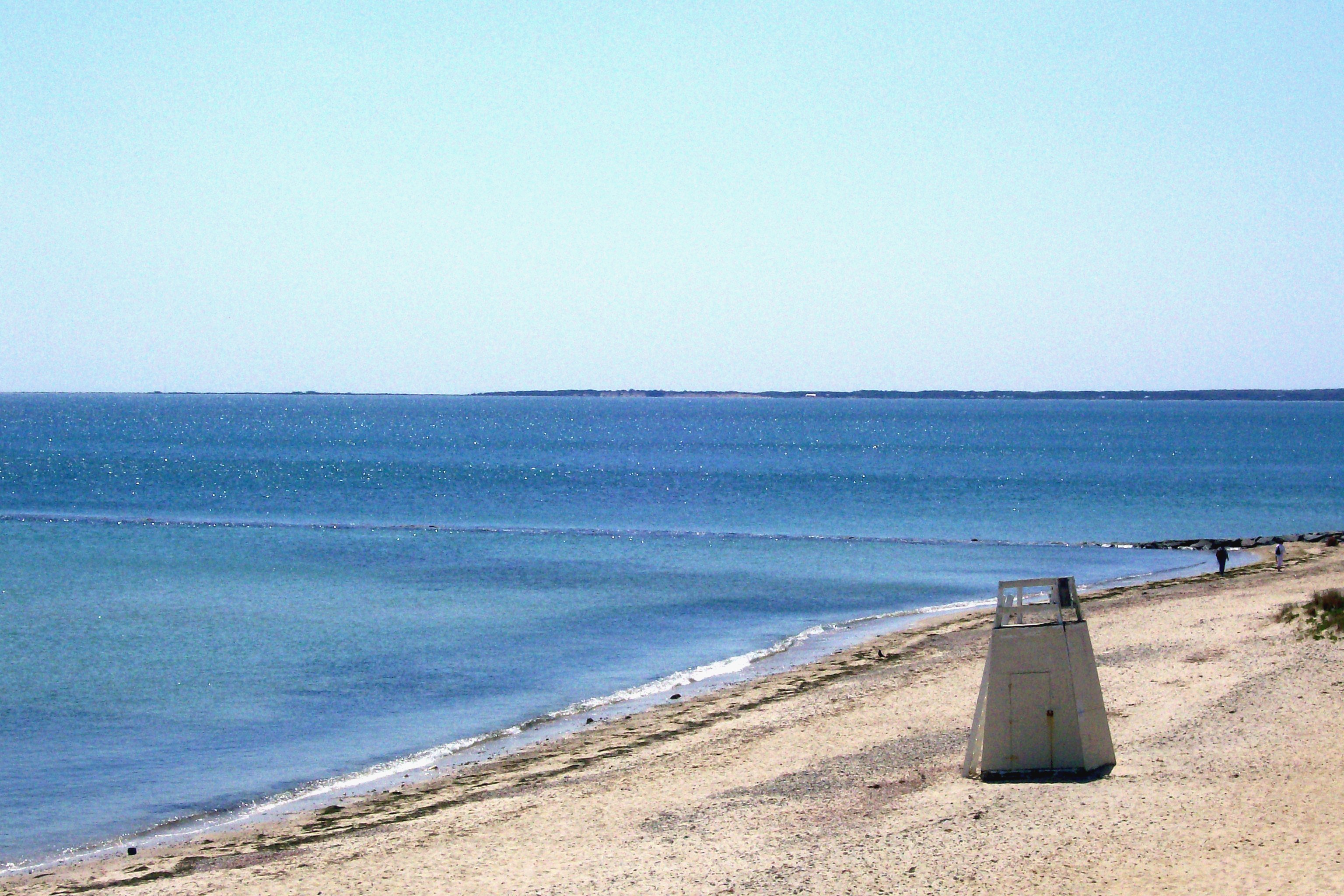 After playing in the water with my dad and digging in the sand with my mom we started gathering up our blanket and things to leave. All of a sudden my mother gasped and yelled for my father… “my diamond ring is gone” she said in alarm. My dad immediately took charge of the situation by telling me NOT to move, just stay put.  I quickly rushed over to the people nearby and told them my mother had just lost her ring in the sand and my father was going to find it. So much for listening. They, along with other beach goers who had heard me, started to get up to help my father look for the ring. “No” he said.. “don’t walk on the sand, if the sand is disturbed any further the ring will sink lower, I think I might have only one chance to find it.” We all held our breaths as he surveyed the situation and then after what seemed like an eternity (especially to me who was staying still) he scooped up a handful of sand. Miraculously there, shining out from the sand was my mothers diamond engagement ring.

I’m still amazed that he found it, how did he know where to look, how had my running through the sand not made it sink lower. I’m sure that ring was being watched over somehow.

It was a dark and stormy night… no wait, that’s another story.   It was actually a beautiful sunny, white puffy cloud, mild August day when Deb (his mom), and I traveled to Kittanning, PA to pick him up.   We had been there two weeks prior to look over the litter of new Boykin Spaniel puppies and to sort of reserve the one that would be coming home with us today.    We thought it went well, Deb chose the future Chappy and the breeder put a red mark inside his ear… he has since been referred to by us as… yes, red ear.

In the two week interim preparations were made for Chappy’s arrival… bedding, toys, food & water dishes, toys, crate, pillows, toys… you get the picture.

So off Deb and I went on Friday, Aug 24th to drive the 6 hours to Kittanning, spend the night and then pick red ear, oops, Chappy up in the morning.   Deb had spent the day at work  being anxious to get the day over with and get on the road.  Deb didn’t feel well that night, stress, the long drive, the anxiety of picking up Chappy, it all took a toll.   Soon morning rolled around and after a quick breakfast off to the breeder’s we headed.

The puppies were awake and adorable, they were playing and yipping and being all sorts of cute.

Except one…. he was off to the side looking all unsure of everything… yes… it was indeed ‘red ear’…. oh dear.

The breeder told Deb she was not under any obligation to take him as he wasn’t sure this puppy was adoptable at the time.    And that’s when I saw my daughter fall apart.    We thought we had it all worked out and would walk in, pick up the future Chappy and leave, well it wasn’t going to be that easy.

In the meantime other folks were coming in to pick out puppies and to be honest it was quite annoying that they would pick one up… look at it… say yes or no and be off.  How were they doing that… was there some kind of pup-telepathy that we didn’t have ?

As we stood there and mulled over the situation two of the puppies scampered over to us and pretty much wore themselves out vying to be Deb’s choice.

I knew pretty much right off the bat which one I would choose and I really tried to hide my choice from Deb and let her make her own decision.   She says she could read on my face which one I liked best and I’m sure she could.   She was so distraught that at one point I blurted out that she could bring both of them home !!!

Which one did Deb choose, or rather who chose her.  Why it was Chappy of course, or formerly known as… Mr Adorable.  By the way, he was my choice from the very beginning… just saying.

This is Chappy saying good-by to his parents Buddy & Tawny.  He looks a lot like his mom and has her sweet personality.

With the traumatic morning behind us we headed on our 6 hour trip home.  Chappy slept in Deb’s lap for most of the ride only awakening when big scary trucks rumbled past or when we stopped for food or gas.

His first McDonald’s where he caused quite a commotion with his cuteness.

At long last we were home.

I love this picture…

and this one 12 years later…

Happy anniversary to us …